Hello everyone, welcome to your website. Earlier I have told about Tesla stock, Ford stock, Amazon stock, Disney stock etc. If you want know about them, then definitely read the articles written by us on them. Today I am going to talk about “Analysis of Google Stock”. 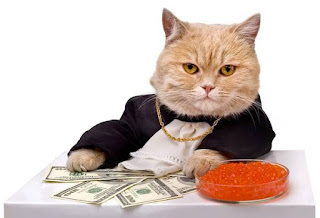 Google LLC is an American multinational technology company that focuses on artificial intelligence, search engine, online advertising, cloud computing etc. CEO of this company is Sundar Pichai since 2 October 2015. He was born in India. Now he is an Indian- American businessmen Executive.  Headquarters of this company are in Mountain View, California, United States. The subsidiaries are Youtube, Dialogflow, kaggle, Google, AdMob, Firebase, Fitbit etc.Parent organisation of Google is Alphabet Inc.

The history of Google

This is a story that dates back to September 1998. When Larry and Sergey founded Google based on an algorithm called page Rank, they had developed it as PHD students at Stanford.

Now during that time the problem with search was that majority of the search engines rank the pages based on the text that they contained. And because of this, it allowed spammers to game the system by filling their pages with commonly searched keywords.

For example when you searched for Honda, Instead of giving you Honda.com as a result it would show you an adult site that just copy paste it, the word Honda 50 times, but page rank dived much deeper and evaluated the sides by authority and influence based on a number of other relevant website that God link to them in the form of back links. Now although Google’s algorithm was far superior than most of the algorithm in the market, They struggle to make money because unlike today, the standard wisdom back then was that there was no money in search results.

In 2002 Google launched its pay per click auction- based search advertising product called the Google Adwords select. And from that year onwards, The revenue of the company started skyrocketing. They made four hundred million dollars in revenue in 2002. 1.5 billon dollars in 2003 and 3.2 billion dollar in 2004. And finally when they went IPO in2004, the company reached a valuation of twenty three billion dollars. And the rest is history.

Let’s talk about Alphabet’s intrinsic value per share. First, I define Alphabet’s intrinsic value as its future free cash flows discounted to the present day. I always use this intrinsic value calculator to estimate a stock’s fair intrinsic value. Here are the key assumptions. The discount rate is 8%. This is slightly higher than the 7.3 cost of equity rate calculated by finebox.com. If you want to be more conservative, you can use a higher discount rate of 10% or more here. Alphabet’s trailing 12 months of free cash flow is $ 58.54 billion. Based on the long- term growth catalysts. I talked about earlier, I belive Alphabet’s Free cash flow will grow at a compound annual growth rate CAGR between 15% and 25% over the next 5 years. If you want to be more conservative, you ca use a lower compound annual growth rate here. To calculate the terminal value here, we are using both the perpetual growth model and the exit multiple model. Then, we take the average of both models to calculate the terminal value at the end of year 5 here.

1. Antitrust fines : I believe Alphabet’s first primary risk is antivirus Litigation. According to this NPR article, Google is appealing a $5 billion antitrust fine in the EU court. The EU’s antitrust regulator has fined google multiple times for antitrust behaviours between 2017 and 2019. The antitrust penalties have totalled more than $8 billion. The antitrust fines mainly focus on Google’s dominant positions in its search, digital advertising business, Android OS, and Chrome web browser. If you look at Alphabet’s most recent quarterly report and annual report, you will see all the ongoing antitrust investigations here that shoe the European commission has fined Alphabet multiple times in the past for antitrust behaviours.

How to buy and sell Google stock ?

If you want to invest in Google stock in India, so it turns out that anyone in India with a proper ID proof which is odd our passport etc and the pan card can invest in US stock market. The liberalized remittance scheme or the LRS of RBI or OSA bamboo finger now allows an Indian resident to invest up to dollar 250,000 per year in overseas stock market. Many companies provide us broker mobile app from where you can buy and sell US stocks. Any of the following mentioned apps number vested and zero. You can buy US stock from other broker app.

Google is fundamentally very good company. If you are going for short term then it may be loose your money but in long term this stock very good. Its current PE ratio is 20.72 beta for 5 months is 1.06.  If you are investing then please do it with your risk management. Never risk more than 1 percent of your capital.

2. What is the current price of Alphabet Inc Class A?

3. When was Google founded?

4. Who are the founders of Google?

5. Number of employees in Google?

1 thought on “Analysis of Google Stock”